ABOUT THE INNOPOLIS HISTORY

In 1973, government of South Korea embarked on the construction of a public research complex in the Daedeok area, to improve the effectiveness of national R&D investments through the geographical concentration of national R&D assets in one place.
Numerous R&D outcomes that laid the cornerstone for South Korea’s economic leapfrogging were generated from Daedeok Research Complex.
Some exemplary cases include the development of the world’s largest 4M DRAM and the world’s first commercial use of CDMA technologies.

In correspondence to enhanced maturity of private sector R&D capability in the 2000s, the focus of the national R&D strategy has gradually shifted from strong government initiative to the rigorous ecosystem of public-private partnerships for sustainable growth.
In such a light, Daedeok Research Complex was formally expanded to Daedeok INNOPOLIS in 2005, which was modelled after a regional innovation cluster connecting R&D, technology commercialization, and industrial production. Furthermore, the INNOPOLIS model has been exported to other regional hubs.
At present, there are total 5 INNOPOLISes across the country. 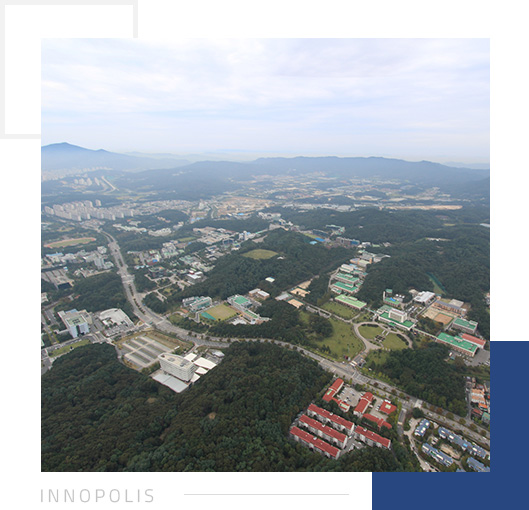